What is an ePortfolio

I’m going to guess you’ve heard this term used in plenty of different ways. For example, maybe you have some friends in the design or art field and they were discussing their “eportfolios,” possibly you were in class at school and you were told to build an “eportfolio”, or maybe you’re in touch with one of the latest trends, building an eportfolio to compliment your plain jane boring resume. What we have here is the same term being thrown around for a variety of purposes. So what is an eportfolio? Well, it’s a two for one. Let me explain.

On the surface, an eportfolio is a visual product that is shared with an audience often defined by you. It is the end result (product) of organizing your stuff (I like to think of them as your experiences) for some entity. So, in creating an eportfolio, you will focus your thoughts on the audience who will be consuming whatever you decide to present in your eportfolio. You need to carefully consider what they want to see, which in turn forces you to consider how that information should be organized and visually presented. 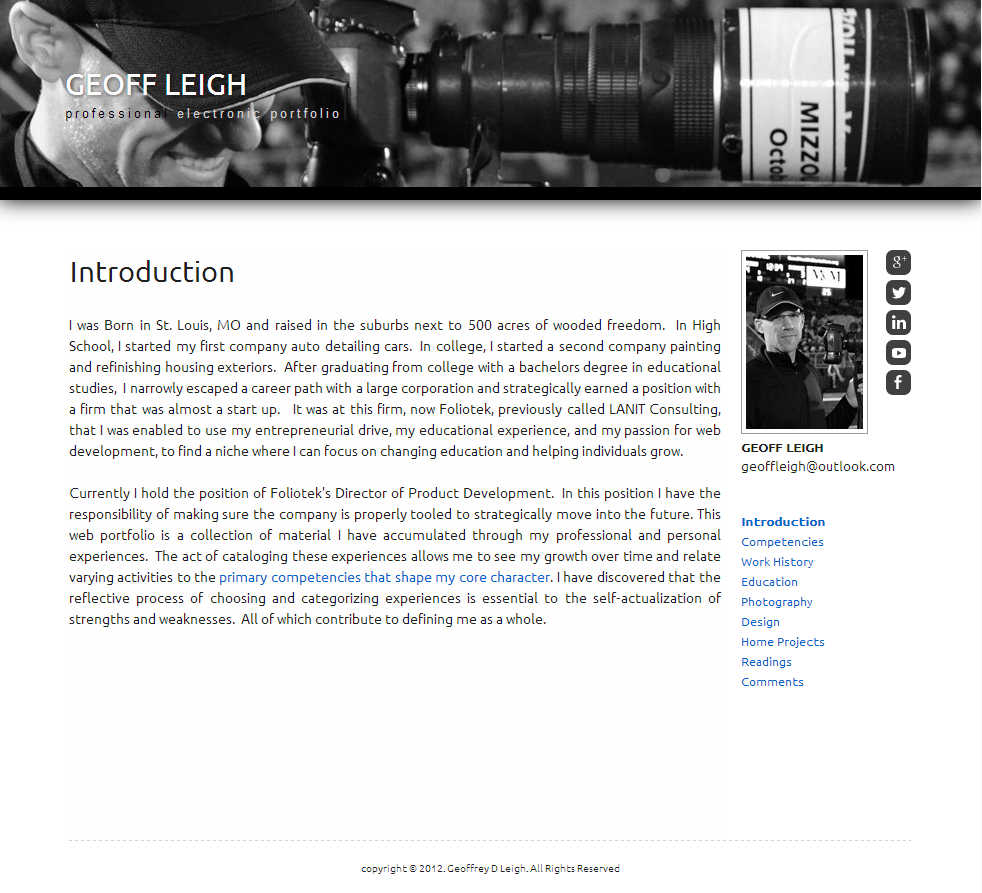 Here’s why. As you rehash your experiences trying to decide the best items to include in your eportfolio; you are re-engaging with those experiences. You are pulling them to the surface of your brain and revisiting how they are relevant to the audience that will be viewing them. Without even realizing it, you are taking the steps to transfer knowledge from one area of your life to another. This is a much deeper synthesis of information than simple memorization of facts. It’s deep learning that has tremendous intrinsic value.

Let’s go back to the idea of building an eportfolio for a potential employer. You can’t find a 5 step interview preparation process where one of the steps doesn’t involve “knowing yourself.” There are few better paths for self-actualization than revisiting key experiences of your life. Once you take the time to reflect on those experiences, I assure you, you will be better prepared for the interview. This means the eportfolio is a win-win. First, it is a win because the positive visual stimulus it provides is compared to the drab resumes of others, this will actually get you in the door for an interview. Secondly, because you took the time to build the eportfolio, you are better prepared for the interview.

So, back to the beginning, “what is an eportfolio?”. Well it is really two things rolled into one. It’s a visual product you can share with any audience and it is a reflective process that causes deeper learning.

Select this option if:

Select this option if:

DO NOT select this option if:

You are required to use Foliotek for your school or class. If you do, you will not be able to submit your work to your school correctly.